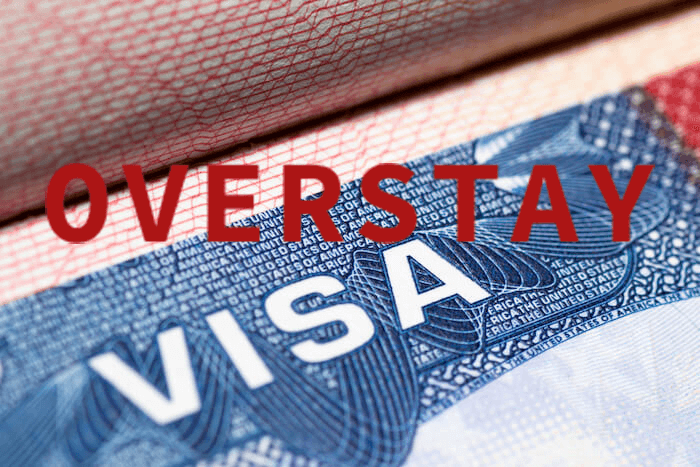 An Overstay is when a nonimmigrant visitor enters the U.S. legally, but stays in the United States more than the authorized admission period given by a U.S. Customs and Border Protection (CBP) officer.

Note that the authorized period of stay is not the same as the visa validity time. The authorized period of stay is stamped in the passport and can also be found on the Arrival-Departure Record (Form I-94). It can be a fixed period (i.e., authorized admission period for B1/B2 tourist visas are normally 6 months from the date of entry); or a duration of status (stamps as D/S on passport) which means you may remain in the United States so long as you maintain your certain status, such as a student visa.

Overstay and Out of Status

Unlawful presence accrues when you overstay your visa in most situations with few exceptions. An overstay won't stop you from applying immigrant benefits (i.e. applying for adjustment of status) in the future or subject to bars to admissibility in the following situations:

The Department of Homeland Security (DHS) has been paying more attention on the overstay rate over the years. Overstaying a nonimmigrant visa can lead to different kind of consequences based on the time of your overstay. The consequences include:

The rate of overstays is low. In fact, in 2018, only 0.41% of visitors on ESTA overstayed, and only 2% of B1/B2 visitor visa holders overstayed. According to DHS officials, 99.24% of foreign visitors had either “departed the United States on time and in accordance with the terms of their admission” or had left within the next six months. 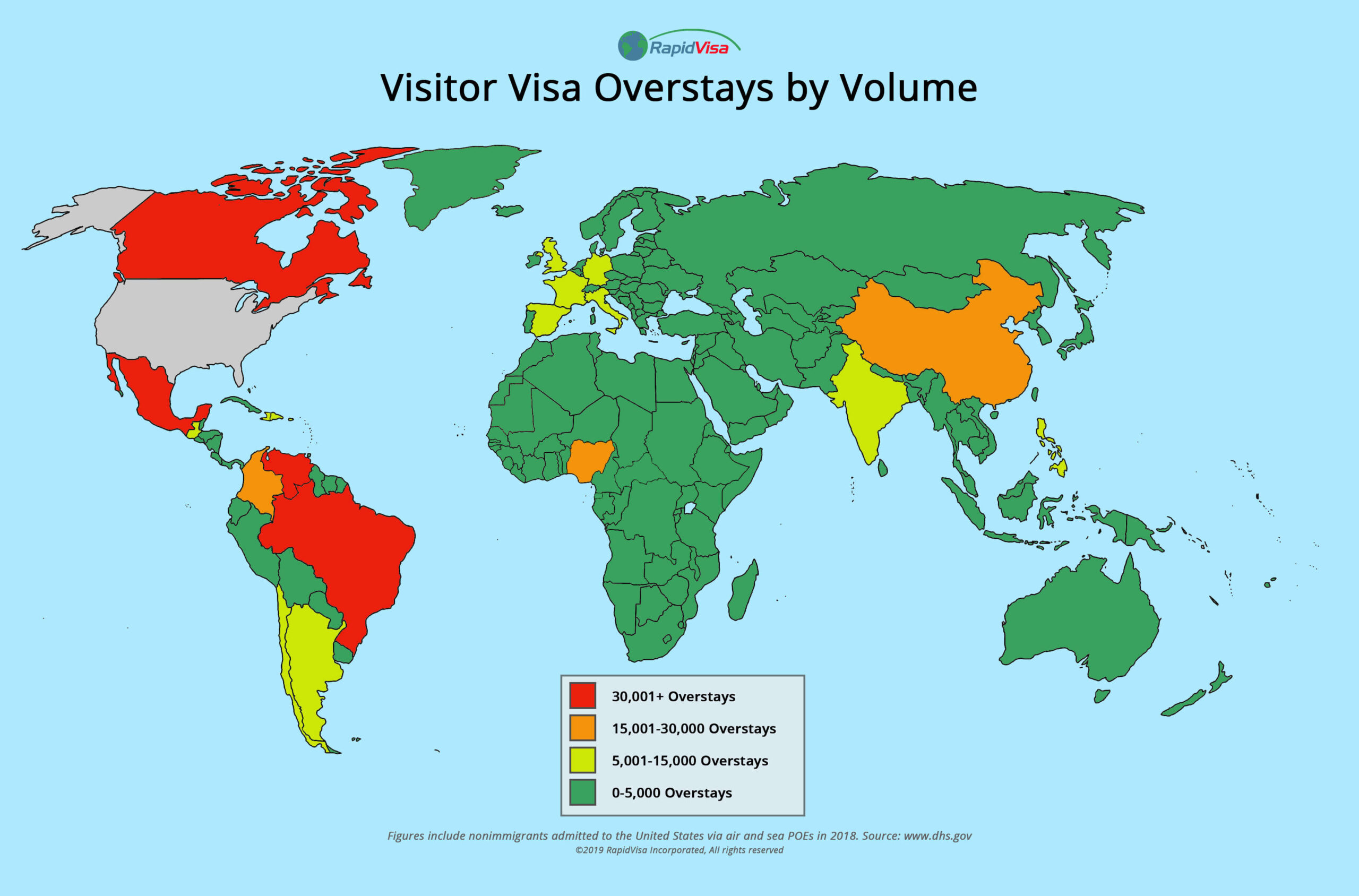 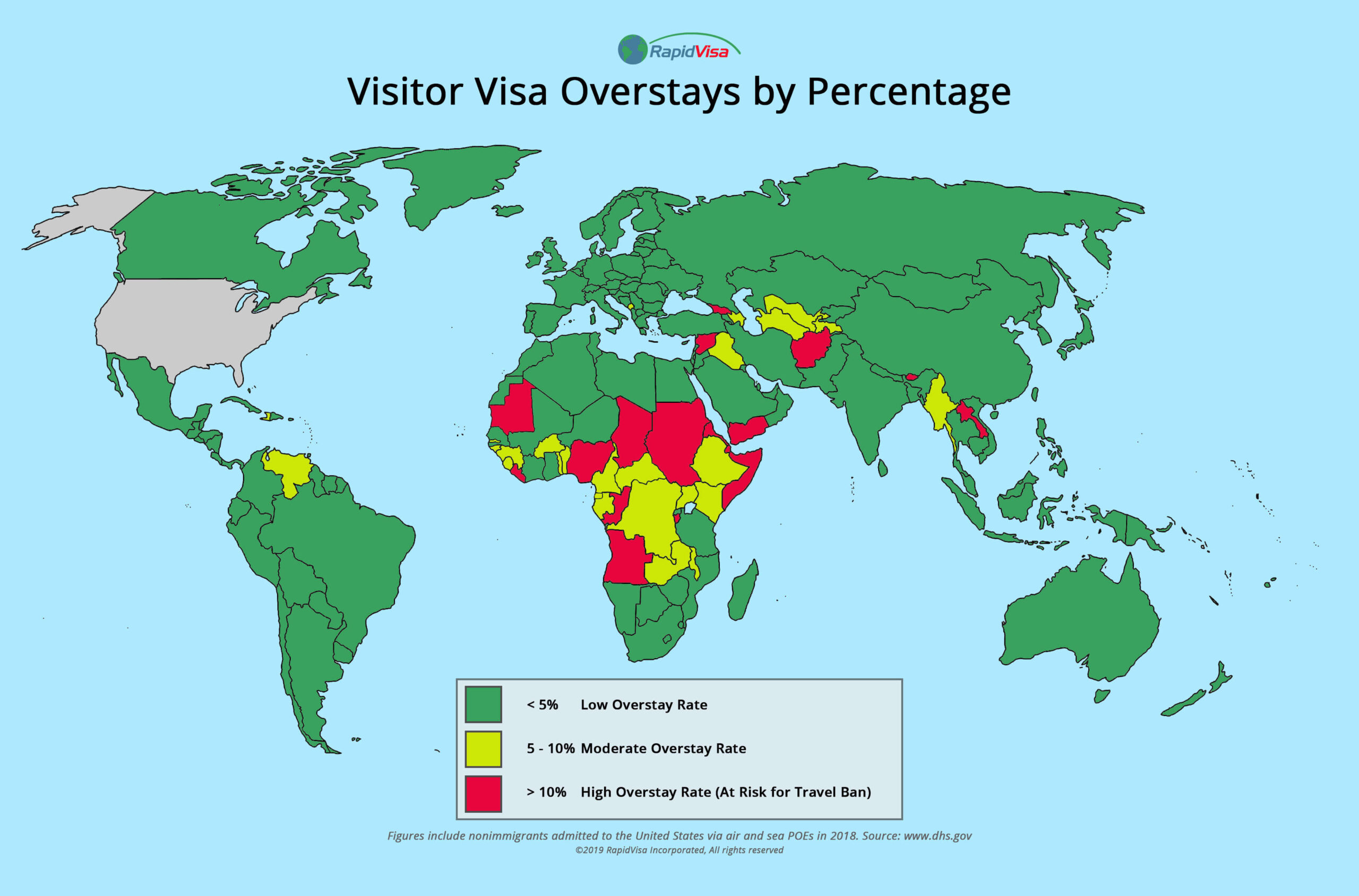 How Long Can a Green Card Holder Stay Outside the United States?

Can I Adjust My Status on an Expired Visa?