Asylum is an immigration status that may be granted by the U.S. to individuals who have been persecuted, or fear they will be persecuted on the account of race, religion, nationality and/or membership in a particular social group or political opinion.

The idea that "Everyone has the right to seek and to enjoy in other countries asylum from persecution" is enshrined in the United Nations Universal Declaration of Human Rights of 1948. In this US it primarily protects people from oppression by their home Governments. 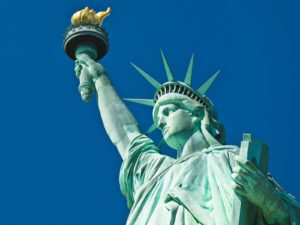 One must file Form I-589 Application for Asylum and for Withholding of Removal within 1 year of arriving, and may include a spouse and children. Form I-730, Refugee/Asylee Relative Petition is available to petition to bring family who are not in the US initially.

A defensive application for asylum occurs when someone requests asylum as a defense against removal from the U.S in Immigration court with the Executive Office for Immigration Review (EOIR).

RapidVisa does not currently assist with asylum cases. This page is provided as a glossary resource only. We recommend contacting a traditional immigration attorney if you are interested in pursuing asylum.