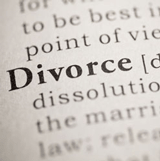 If you are applying for a K1 visa or CR1 visa, you will need to prove that any of the petitioner's and alien's previous marriages have been legally terminated through annulment or divorce. All documents must be certified by the appropriate civil authorities.

Hunting down the proper documentation to prove annulment or divorce can be frustrating, and the process of terminating marriages can also be difficult. This page is a resource for the basics of the process in our most popular 9 origination countries.

Divorce & Annulment in the Philippines

Where to obtain annulment decrees in the Philippines:

Divorce in the Philippines

The Philippines is the only country other than the Vatican that divorce is illegal. Except for Muslims, who can qualify for divorce under certain rare circumstances, there is no process for legal divorce in the Philippines. Some non-muslims have converted to Islam to obtain a legal divorce, but have been denied U.S. visas due to the fact that the original marriage was not originally solemnized under Shari'a Law.

Annulment in the Philippines

Getting an annulment starts with hiring a Philippine lawyer. The process can cost between $1,000 and $5,000 and commonly take between 6 months and 4 years if successful.

Certain grounds must be met to qualify for annulment including but not limited to absence of marriage license, incest or psychological incapacity.

Where to obtain divorce or annulment decrees in China:

Divorce can be achieved either by agreement, or by litigation. If both parties agree to the terms, the divorce is likely to be fairly fast and painless. If the parties can't agree to divorce terms, it will be decided by courts. Divorce can be filed at the local Chinese Marriage Registration Office, and if everything is in order, you could have your divorce certificate within 30 minutes.

Divorce Between Chinese and Foreign Nationals 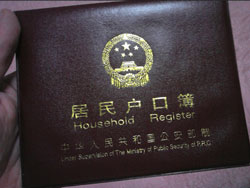 Divorce procedures vary from province to province, so be sure to check with the local register on the procedures of your divorce. Generally, to get a divorce from a non-Chinese person, you visit the Division of Foreign-Related Marriage Registration at the local Civil Affairs Bureau to file for divorce.

You will need to bring along your marriage certificate as well as a divorce agreement signed by both parties, IDs and passport(s). You will also need the Chinese national's Hukou book.

A marriage in China can be voided if it meets one of four circumstances. These include bigamy, consanguineous marriage, certain illnesses, or marrying before matrimonial age.

Where to obtain divorce or annulment decrees in Colombia:

If both parties agree, a divorce can move fairly quickly. If the parties are not in agreement, a divorce may be granted by a judge if one of the following circumstances is met:

If the marriage was civil, annulment can made made on the following grounds:

If the marriage was Catholic, annulments can be granted through a tribunal process by the Catholic Church in circumstances where the marriage was invalidly contracted. See "Declaration of Nullity".

Where to obtain divorce or annulment decrees in Mexico:

The grounds for divorce in Mexico include:

Annulments can be granted through a tribunal process by the Catholic Church in circumstances where the marriage was invalidly contracted. See "Declaration of Nullity".

Divorce & Annulment in the United Kingdom

Where to obtain divorce or annulment decrees in the United Kingdom:

If everything goes smoothly, a divorce in the UK usually takes about 6 months.

Annulment is an option in cases where the marriage is under a year to three years old and is determined void or voidable.

A marriage qualifies as "void" if:

A void marriage is treated as if it never happened, because technically it was not legally allowable in the first place.

A marriage qualifies as "voidable" if:

Divorce & Annulment in the Dominican Republic

Where to obtain divorce or annulment decrees in Dominican Republic:

Divorce by mutual agreement constitutes the majority of divorces in Dominican Republic. Divorce by cause can be on the following grounds:

Annulments can be granted through a tribunal process by the Catholic Church in circumstances where the marriage was invalidly contracted. See "Declaration of Nullity".

Where to obtain divorce or annulment decrees in Brazil:

If both parties mutually consent to the divorce, and there are no underage children involved, it can be performed by a notary and completed in as soon as a few weeks.

If both parties are not in agreement about the divorce, one party can apply in court. A judge can then hear the case and rule on a divorce. This is usually around a 4 month process.

Annulment can be granted for cases including but not limited to if the marriage was invalid, one spouse had an undisclosed disease like Aids, or if one of the partners was already married.

Where to obtain divorce or annulment decrees in Ukraine:

In Ukraine, marriage is "free will". This means either party may divorce for any reason with or without consent of the other party. If the divorce is mutual, it can be performed by the State Civil Registrar. Property distribution may be determined by a court if not agreed upon. Generally a divorce takes between one and three months in Ukraine.

Unless your spouse became disabled or retired during the marriage, spousal maintenance, or alimony, is not imposed in Ukraine.

Annulment is available if the validity of the marriage can be called into question by certain considerations such as incest, mental or physical disease, previous undissolved marriage rendering the marriage illegal, etc.

Where to obtain divorce or annulment decrees in Vietnam:

Divorce can be filed under the following grounds:

Divorce in Vietnam is only granted by a judge if he determines the conjugal life cannot go on. A court-appointed conciliation attempt will be made, even in cases where the divorce is by mutual consent. This is an attempt to see if there’s any way you can work out your differences before taking the ultimate step of divorce. If the conciliation fails, a divorce can be granted.

If a marriage is deemed unlawful, it can be canceled.