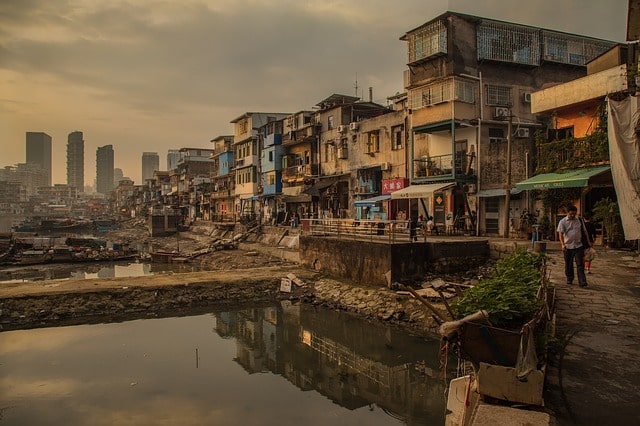 The majority of people on earth survive on less than $10 a day.

This page addresses why green card scams are so prevalent and how to avoid them. Many First World nationals have a tendency to take their citizenship for granted. That is, we sometimes forget just how fortunate we are to be part of the 8% of the world’s population that was born into a developed “First World” nation. The vast majority of the rest of the world didn’t make out as well with their roll of the biological dice. Nearly six billion people on this planet live on less than 10 US dollars a day. Millions right now are refugees from war, famine and repression. For many people, securing residency and eventual citizenship in a First World nation such as the US, Canada, Australia or the European Union is a dream come true. Whether it be for earnings potential, escaping conflicts, educational opportunities or simply providing for their families back home, millions of people around the world place great value on meeting an American (or other national) and securing lawful permanent residence.

Nearly all First World nations provide ways in which citizens can bring in foreign marriage partners. In the United States, for example, the K1 fiancé visa is used for that explicit purpose: As seen on the reality show “90 Day Fiancé,” the paperwork is processed through US immigration and once approved, the foreign national travels to the United States and has 90 days to get married. Following the marriage ceremony, they are then eligible to apply for permanent legal residency and secure a conditional green card.

Legal residency in a wealthy developed nation is of inestimable worth. And as with all things of value, there are people in the world who twist the process for their own personal gain. One of the more advanced and pernicious hustles are foreigners lining up victims for green card scams. As with other types of relational schemes, the scam usually starts with people “meeting” online and eventually getting into a relationship. From there – and if one isn’t cognizant of the potential warning signs and dangers – it could easily turn into a case of a scammer separating yet another victim from their money and/or happiness.

The first hustle involves the scammer “courting” the foreigner while collecting remittance (cash) support as the visa process plays out. With fiancé visas taking up to six months to finalize, the short-con scammer is assured a good amount of steady income – and that’s without even taking the romance/courting time into account. Towards the end of the visa process, the scammer ends all communication and moves on to the next victim. In one instance, the foreign national even went so far as to fake her own death and renew the short-con green card scam time and time again.

The second type of green card hustle involves securing legal residency with a green card and summarily leaving/divorcing the partner that sponsored them. From day one, the foreign national had no intention of staying married to their sponsor. In this instance, the scammer goes through the fiancé visa process, travels to the other nation, gets married and then waits until they can adjust status, get their green card and leave their sponsor – typically for greener pastures. This long con is actually more insidious than the short con – not only are they taking advantage of their spouse’s emotions, but some scammers know they can avoid deportation by filing a waiver claiming that their sponsor abused and/or mistreated them. If you are marrying a foreign fiancé, be aware of the red flags.

To avoid becoming the victim of a green card scam, there are patterns of behavior that function as reliable red flags. Although not a definitive list, you might be the potential victim of green card schemes if your fiancé or significant other:

If your potential wife or husband is forever having problems making rent, multiple hospitalized family member's, broken laptops, stolen phones and the like, you should consider this a very obvious warning flag. Although more commonly associated with the short-con scheme, both types of green card scammers are known to employ such appeals.

2. Insists on moving to and living in your home nation

The goal of most green card scammers is to get a “better” life for themselves and this usually means getting to the United States or other First World nation. If your potential mate insists on you not living in his or her home country, there might be an issue.

3. Comes from an impoverished family

The heartless grind of day-to-day poverty provides great incentive to secure financial means and/or permanently remove yourself from that state. Although exact figures are not available, green card scamming is more likely to come from poorer residents of less affluent nations such as Haiti, Nigeria, Ghana, some parts of Eastern Europe, the Middle East and other areas.

4. Doesn’t want to get married in their own country in front of family and friends

If your significant other refuses to get married in their home country in front of family and/or friends, this could be another indication of green card scamming.

Whether you are male or female, if the foreign national is much younger and much better looking than you are, there’s a good chance it could be a green card scam.

Foreigners conducting long-con scams will typically not want to have children. Knowing they are going to leave their sponsor once their green card arrives, they see no need to create lasting legacies with someone they probably don’t even like. Plus, their next partner probably could do without someone else’s kids…

If your prospective partner comes across as an authority on your home country’s immigration system, you might want to take your pies out of the proverbial oven. Examples include seemingly innocuous references to USCIS Notice of Actions, I-485 forms and affidavits of support.

Utilizing multiple accounts (or profiles) on social media sites that he or she doesn’t tell you about is yet another warning sign that you are possibly being hustled. The same concern applies to a partner having more than one cell phone.

9. Does not talk about family or friends.

People in loving relationships talk about their families and friends quite a bit. Heck, they even tend to introduce them to each other and spend time doing things. If your potential foreign wife or husband does not talk about or avoids these topics, it could be a green card scam.

Both the long and short-con green card scammers are in a headlong rush to the “I love you” stage. This is an important step in the scammer’s mind as it “sets the hook” and makes it more of an “exclusive” relationship. Soon thereafter, they will be hinting at or talking about marriage. If things are going too fast, you’re best advised to tap (or slam) the brakes.

Your Best Protection Against Scammers 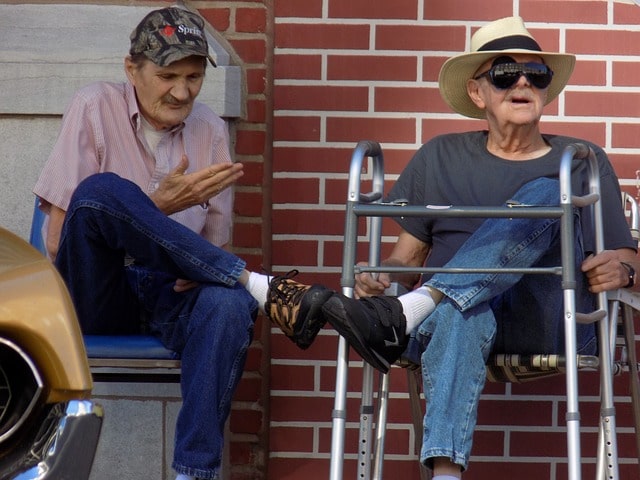 Finally, it is extremely important to be listening to your friends and family. Once you enter into a relationship and succumb to the vagaries of love, your ability to think clearly is severely impaired. The most valuable tool you have when it comes to avoiding green card scams is listening to the people that love you. Although you might not want to hear it (the truth hurts), your friends and family will most likely offer you their opinions of what they think of the relationship. Listen to them. If they are saying that your partner treats you poorly or doesn’t really seem to care, take their input seriously. Even if you disagree, spend some time thinking over their reservations. They are not in the relationship and can see things much more objectively than you can.

5 Reasons You Need Your Green Card

How Do I Qualify For U.S. Citizenship?
Direct Consular Filing in China – Faster or Better?