When a visitor enters the US as a nonimmigrant, and does not exit the US before the terms of the visa allow, this is referred to as an “overstay“. Overall, the rate of overstays is low. In fact, in 2018, only 0.41% of visitors on ESTA overstayed, and only 2% of B1/B2 visitor visa holders overstayed. According to DHS officials, 99.24% of foreign visitors had either “departed the United States on time and in accordance with the terms of their admission” or had left within the next six months. Many overstays are not intending immigrants, but people who made mistake with their expiration date, or eventually left shortly after the visa expiration. However, despite the low overstay rate, the White House has determined that addressing overstays from certain countries is a top priority.

Which Countries May Be Affected?

In an effort to crack down on nonimmigrant overstays, the White House issued a memorandum on April 22, 2019 entitled “Presidential Memorandum on Combating High Nonimmigrant Overstay Rates“. The memo outlines a plan to impose potential restrictions on travel from nationals of countries with an overstay rate of 10% or higher, which includes the following 21 countries. 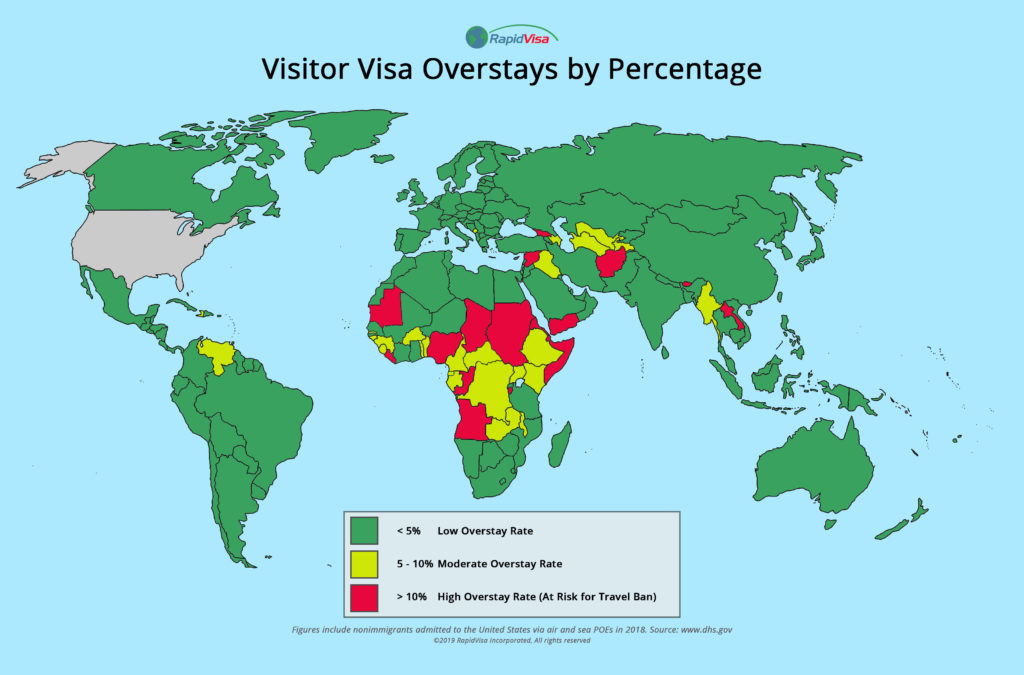 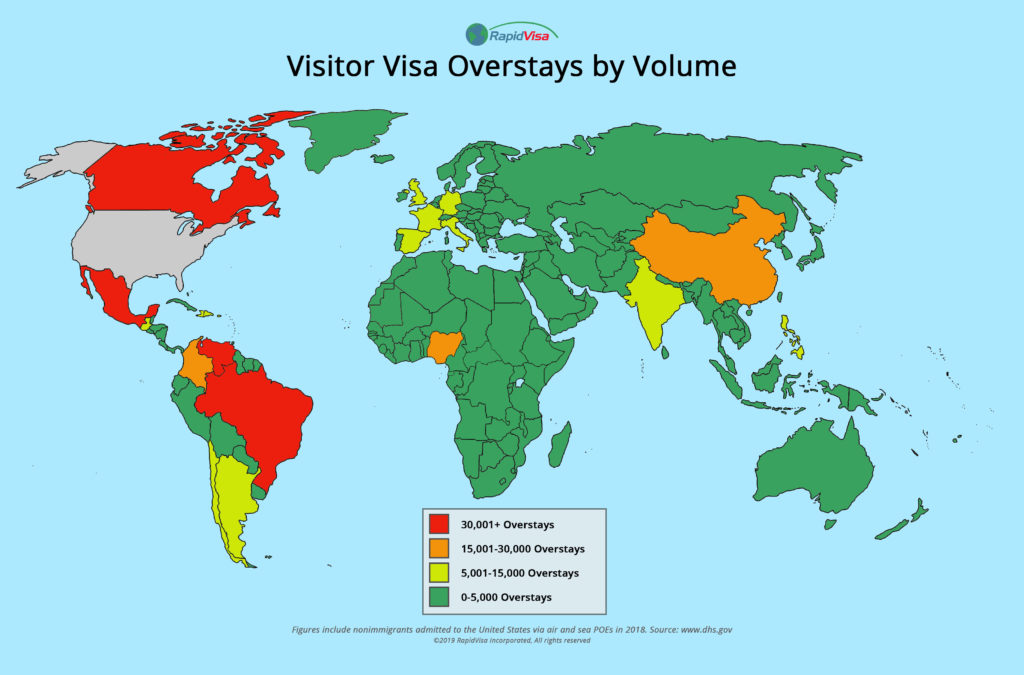 The targeting of countries that are suspiciously centered around Africa leads critics to identify the policy as a backdoor attempt to target “Sh****le countries” by the President.

How Will These Countries Be Affected?

The wording of the memo is ambiguous and open-ended enough to allow for a lot of possible outcomes. We will know more when the 120 day period is over. However, some potential outcomes include: