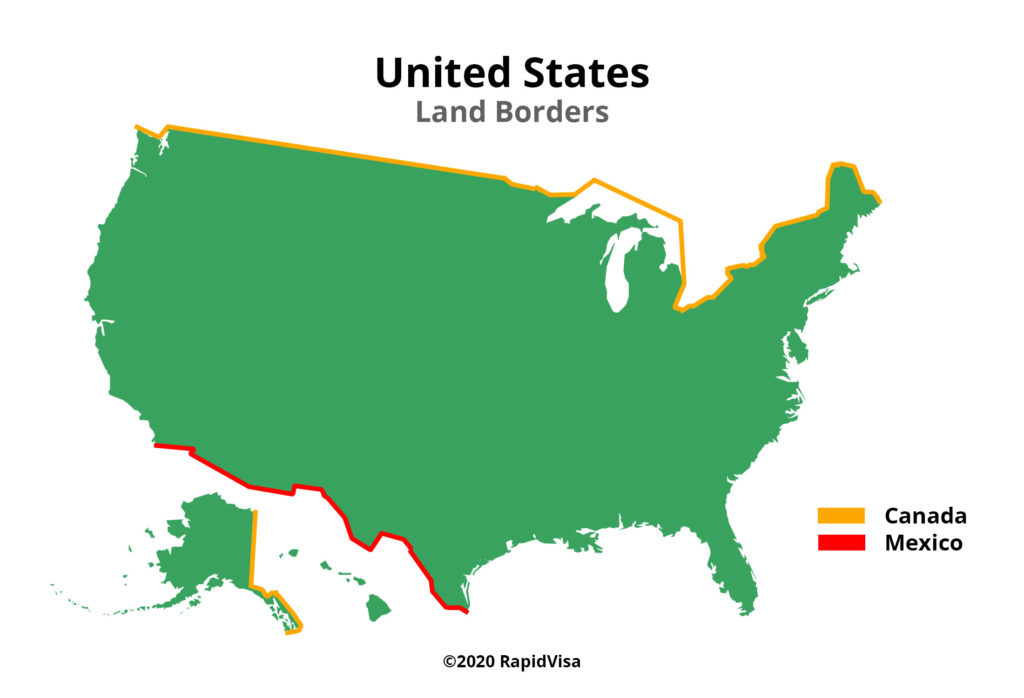 There is also a Russia (previously USSR) - United States maritime boundary which is under dispute but in practice the International Date Line separates the two countries. It is possible to travel from Alaska to Russia at certain times of the year. A treaty was signed by the US but never fully ratified by Russia due to the fall of the USSR.

Policing of the borders and inspecting people/goods is the responsibility of US Customs and Border Protection; the US Coast Guard patrols the U.S.’s large maritime boundaries.