Get your Somali fiancé or spouse to the USA. 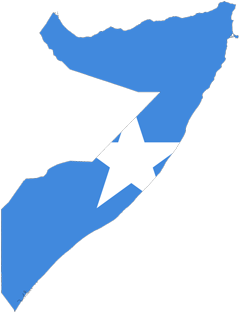 Fiancée or Spousal Visa from Somalia to USA!

US Embassy Info in Somalia

(i) The Secretary of Homeland Security’s report of September 15, 2017, determined that Somalia satisfies the information-sharing requirements of the baseline described in section 1(c) of this proclamation. But several other considerations support imposing entry restrictions and limitations on Somalia. Somalia has significant identity-management deficiencies. For example, while Somalia issues an electronic passport, the United States and many other countries do not recognize it. A persistent terrorist threat also emanates from Somalia’s territory. The United States Government has identified Somalia as a terrorist safe haven. Somalia stands apart from other countries in the degree to which its government lacks command and control of its territory, which greatly limits the effectiveness of its national capabilities in a variety of respects. Terrorists use under-governed areas in northern, central, and southern Somalia as safe havens from which to plan, facilitate, and conduct their operations. Somalia also remains a destination for individuals attempting to join terrorist groups that threaten the national security of the United States. The State Department’s 2016 Country Reports on Terrorism observed that Somalia has not sufficiently degraded the ability of terrorist groups to plan and mount attacks from its territory. Further, despite having made significant progress toward formally federating its member states, and its willingness to fight terrorism, Somalia continues to struggle to provide the governance needed to limit terrorists’ freedom of movement, access to resources, and capacity to operate. The government of Somalia’s lack of territorial control also compromises Somalia’s ability, already limited because of poor recordkeeping, to share information about its nationals who pose criminal or terrorist risks. As a result of these and other factors, Somalia presents special concerns that distinguish it from other countries.

(ii) The entry into the United States of nationals of Somalia as immigrants is hereby suspended. Additionally, visa adjudications for nationals of Somalia and decisions regarding their entry as nonimmigrants should be subject to additional scrutiny to determine if applicants are connected to terrorist organizations or otherwise pose a threat to the national security or public safety of the United States.

thanks to rapid visa for making it easier to get our K1 Visa, they were very helpful in what paperwork was needed and answered all of our questions, they were also helpful for my fiancée in Manila when she had to go there for her medical and interview, we give a hearty thank you to all of the staff at the Manila especially to Ms. Juliet, Ms. Lee, Sir Dan and Sir Johben. We recommend very highly their services to anyone seeking a foreign partner