Get your Gabonese fiancé or spouse to the USA. 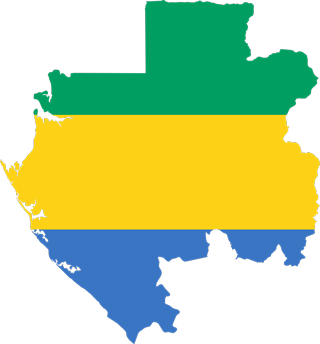 Family Visas from Gabon to USA!

Our process works exactly like the proven processes of online services like TurboTax and LegalZoom (we are not associated with either of these companies). We have helped U.S. citizens from all over the United States bring their fiance here from countries all over the world. Our software is far more accurate than those manually prepared because just like the online tax software, we remove the human error factor. But unlike the online tax software, our trained staff also reviews your completed petition and answers all your questions. It's FREE to Get Started!

US Embassy Info in Gabon

Can fiance/spouse attend the interview: Generally, people applying for visas are the only ones allowed into the Embassy for the interview.

Where to pay the Embassy fee: https://ga.usembassy.gov/visas/

Local language documents need translated: All documents not written in English or in the official language of the country in which the interview takes place MUST be accompanied by a translation in English. Translations must be certified by a competent translator and notarized.

Embassy appointment scheduling method: Interviews with the Consular officer are scheduled after the medical examination. The processing time for visas after the interview will vary depending on the individual circumstances of each case.

I want to thank y'all for your help. We are about to do an AOS for my wife. I met her online and then went to see her in Ukraine December of 2010. I had printed all the forms from the USICS site and thought I was prepared to put together a K-1 application. She and I met and together we tried to make heads or tails out of the document demands. I returned to the states more confused than when I went to see her. I was in shock, thinking I needed a lawyer, which I knew would be impossible for me to do.

After I arrived home, I went on line, and found your site. Grudgingly I paid the fee and went through the steps you provided. Putting it together was made much simpler using the format you provided. With your help I did not need to understand what was being said on the forms but with your system I concentrated on just obtaining the proper documents needed. The whole process is complicated; but, your program makes it much more manageable.

It took two months to accumulate and compile the application and send it to my wife to be. In February I received my notice of action in which immigration had received my application.

A friend locally also brought a wife from the Philippines, unbeknownst to me, and one day we met and I discovered he had a wife from overseas. After talking to him I decided to make an Easter trip to see my fiancée. The trip was successful, we both needed it and I obtained more evidence.

Every time I called Rapid Visa, Ben or Kieth would always allay my fears and case of nerves with their common sense advice. Finally in August of 2011 I received the notice of action that our application had been accepted and moved to the NVC to be forwarded on to the Embassy in Ukraine. Finally she received her notice and we scheduled an interview.

Again we were on pins and needles, getting this information, that information, and we decided I needed to return a third time to be with her during the interview. I arrived the day before her physical was scheduled and two days before the interview. Fortunately we were prepared, again thanks to the advice and information provided by Ben and his people. She went into the interview room ready for bear, loaded with information, evidence, photos, and expectations. The interviewer asked her if she understood and could speak English. She said no she could not. He promptly asked him in English; what is his name and how many children does he have. She answered with assurance and correctly, in English. Then he asked her where was her fiancé and when he knew I was in the waiting room; he had their get me. He swore me in to affirm the veracity of our statements. Then he asked her what she was going to do in America in which she grabbed my arm and said; I am going to cook for him. He merrily stated she had her visa. It is beyond me to tell anyone what to expect in these interviews. While there we saw a couple turned down.

The process of AOS is just as nerve wracking but Rapid Visa is a big help. With my wife here, life is just better, regardless of the process. Thanks Ben and all!