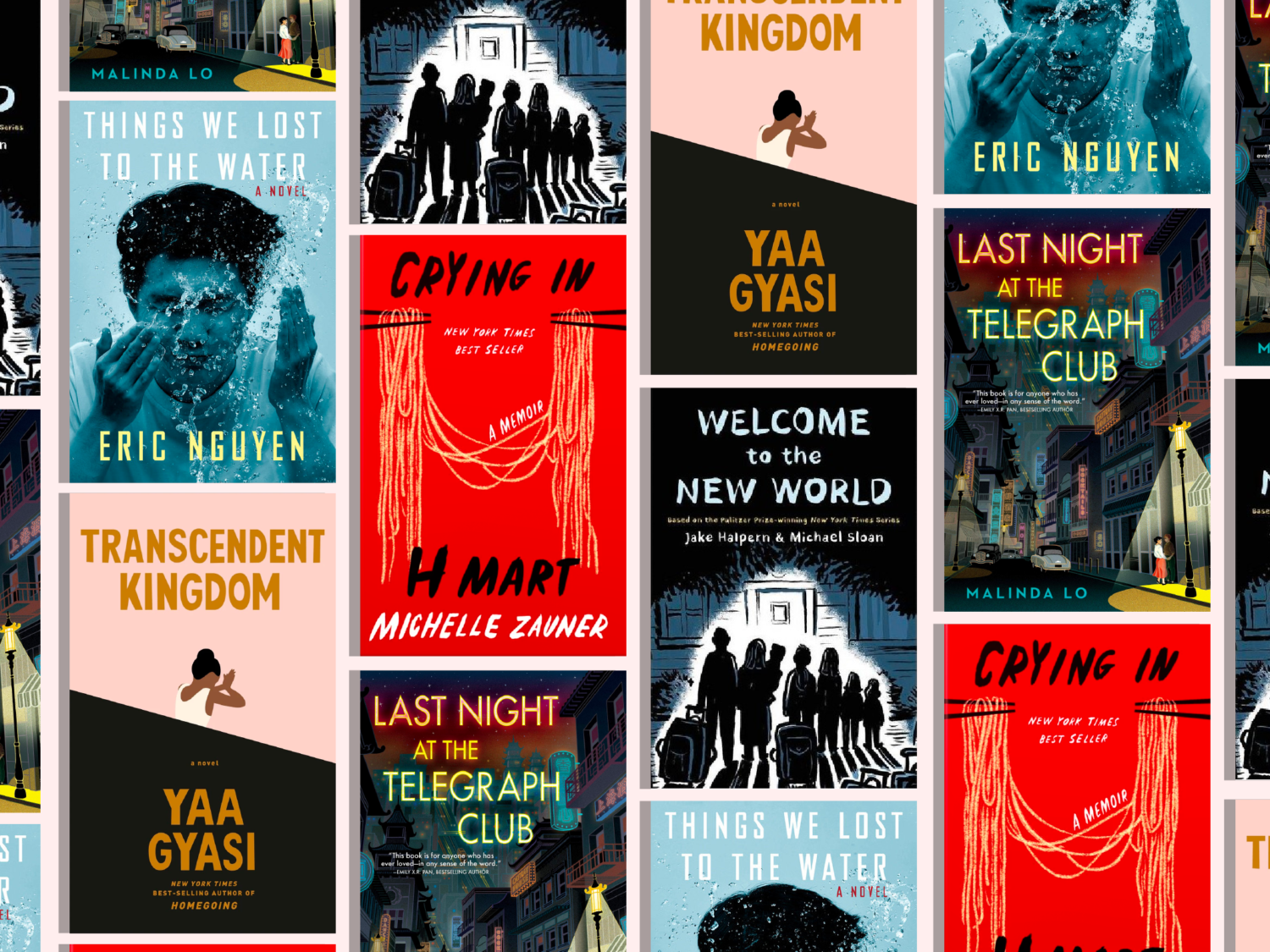 October is National Book Month! The leaves are beginning to fall and there's a chill in the air, making it a great time to crack open a book. Below is a list of new fiction and nonfiction books that bring to life what it means to be an immigrant.

Known as the artist "Japanese Breakfast", Michelle Zauner expands on a 2019 New Yorker essay of the same name to write about growing up Korean-American in Oregon. Zauner takes readers through her development of this identity and what it means for her to integrate what she learned from her mother with the life she wants to lead.

The Education of an Idealist: A Memoir

There’s Nothing For You Here: Finding Opportunity in the 21st Century

“There’s nothing for you here” is what Fiona Hill’s father told her of her poverty-stricken mining hometown in the United Kingdom. After immigrating to the United States, Hill would become one of the premier experts on two 21st century superpowers, Russia and the United States. The book has been described as part memoir, part history tome and part policy prescription.

This book tells the story of seven women and their influence on America, and the American appetite. Readers get a literary feast that entwines the histories of food, immigration, and gender. Mayuhk Sen knows his food — he’s a James Beard award winner.

Mohsin Hamid beautifully explores the themes of cultural identity and migration as two strangers fall in love during the plight of civil war, interwoven with a little magic as well.

The Things We Lost To the Water

A mother and two sons move to New Orleans from Vietnam and adapt to life in America in three very different ways, until tragedy strikes and reshapes their lives again. The New York Times called this book “enchanting."

Written by Yaa Gyasi, who immigrated to Alabama from Ghana as a child, the book looks at a Ghanian-American scientist searching for answers to the addiction and depression that has consumed her family.

A young girl escapes Iran while her father remains behind, and they meet only four times over the next two decades. The book looks at the nature of family relationships when apart and examines what the idea of “home” really means.

The Best We Could Do

A memoir by a cartoonist, this book explores the immigrant experience and how a lasting sense of displacement influenced Thi Bui’s experience as a new parent in America, while chronicling the history of the war in Vietnam.

Welcome to the New World

A nuclear family flees Syria, seeking safe haven in the United States only to land in New York City the day after President Trump’s election. From the publisher, “The America in which the Aldabaans must make their way is by turns kind and ignorant, generous and cruel, uplifting and heartbreaking.”

Two children, recently relocated to Metropolis with their parents, struggle to adjust, while saving the world with Superman, who is experiencing an identity crisis after years of passing for human.

I is for Immigrant

This picture book celebrates the many different influences immigrants have had on American culture, from African dance to Zen Buddhism. It celebrates what people brought with them, while helping little ones find commonality.

Last Night at the Telegraph Club

Shortlisted for a National Book Award in 2021, this book is a complex look at the history of Chinese-American culture in 20th century San Francisco, tackling both the displacement of immigrant culture, and a young woman’s own sexuality as a lesbian in the 1950s. Appropriate for high school students and up.