The term "Anchor Baby" is a pejorative term used to describe a child who was brought to the U.S. to give birth with the purpose of gaining U.S. citizenship. A U.S. citizen child is able to sponsor the mother to immigrate to the US when the child turns 21. US birthright citizenship policy under the 14th Amendment gives U.S. citizenship to any child born in the U.S. automatically, regardless of the parents' immigration status or citizenship. A U.S. citizen has the right to petition his or her parents to live in the United States as green card holders with IR-5 parent visa. It is considered to be an offensive xenophobic term to immigrants and has been widely used in the political debate over illegal immigration issues. 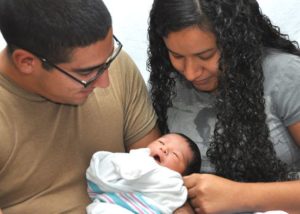 How Does an "Anchor Baby" Help Others Immigrate to the U.S.?

Technically, the practice of traveling to the US to give birth is legal with proper travel document. Giving birth is considered as medical treatment which is one of the purposes of travel under a B-2 visitor visa. However, if the parents misrepresent their intentions of visiting or provide false documents, they might be violating immigration laws and be cited for immigration fraud.