Get your South Sudanese fiancé or spouse to the USA. 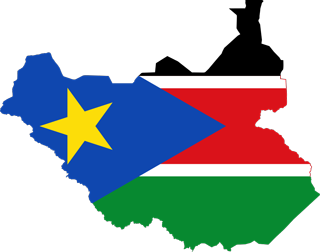 Need a Fiancée or Spousal Visa from South Sudan to USA?

US Embassy Info in South Sudan

Hello Rapid Visa, My wife and I are very happy living together in the USA now. The rapid visa process made everything very simple, easy to understand and was a great help! I currently know 2 co-workers who are trying to bring their wives over here, and are running into problems because they have allowed a friend of theirs to help them with their K-1 visas instead of using a service like this. The first time I was introduced to my wife was online in October of 2013. I was living in America and my wife was living in Morocco. At first, I was hesitant on the whole process because I thought it was going to be almost impossible to accomplish. I was also reluctant because I had filed for a “Tourist visa” for my wife in December of 2013 and it was denied. My wife is the best woman I have ever met, so I was determined to be with her. In February of 2014 I visited my wife in Morocco for 8 days. We took allot of pictures, and videos. I met her family, friends and even travelled around her city. As soon as I came back to the states, I filed for the K-1 Visa for my wife (at the time, she was my fiancée). I sent it in to Rapid Visa and the USCIS received it by March 3rd 2014. I again visited my wife in June 2014 for about 1 week. By August 2014 the USCIS had approved the application because Rapid Visa ensured that the package was complete and had everything the USCIS would be looking for. The package then went to the National Visa Center and the National Visa Center notified me that the package went to the Embassy in Morocco 3 weeks after it was received by the NVC. The Interview date was scheduled on October 13th 2014. My wife said the interview was so easy and fast ONLY because Rapid Visa had us submit everything they would need in order to process everything. Rapid Visa helped us greatly along the way and answered every question we had. My wife is now here with me and we are in the process of getting and “Adjustment of Status” now. You already know our friends at Rapid Visa will help us with this. The total time for the K-1 Visa from beginning to end was 7 months. I’m very happy with the excellent service Rapid Visa provided