Get your Namibian fiancé or spouse to the USA. 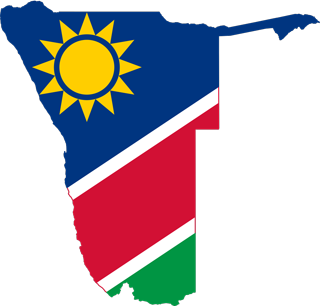 Fiancée or Spousal Visa from Namibia to USA!

US Embassy Info in Namibia

When I began my relationship with my wife in China over 4 years ago, I knew one day I would need to eventually complete a petition. The thought of this scared me, as I had a friend back in the US who had gone through the same process, but it was arduous and took about 1 year to complete. He even went the lawyer route and spent thousands of dollars.

I had moved back to the US and was searching online for a reputable visa consultant. I came across RapidVisa and combed through their testimonials. Pleased with what I read AND the fact that they are not afraid to list their US office address (this was a MAJOR deciding factor for me), I decided to purchase their K-1 Fiancée Visa service. The team at RapidVisa made sure all of my concerns were answered and that I had a bulletproof submission packet.

Sure enough, 4 months later, my wife (then fiancée) finished her interview and we received her passport with the visa.

My friend couldn't believe how fast we had received it and I told him, it had so much to do with the team at RV. There were so many times where I was worried and unsure that I was doing the right thing or filling out the forms correctly, but the team provided me with all of the answers and a clean print out of the packet.

We were married in the Bay Area about 2 months after we arrived in the country together.

I was so happy with their service that I am now using their AOS service and I'm pleased to say that so far, everything is in order. My wife recently had her fingerprinting done at the USCIS office.

Thanks to Percy, Albert, Tina, Rimer, Jasmin, Mark, Willy, Cherie, Lee, Betty, Dan, Chona, Dominic, Weng, Keren, and Irish for all your support and putting up with my non-stop questions!