Get your Mosotho fiancé or spouse to the USA. 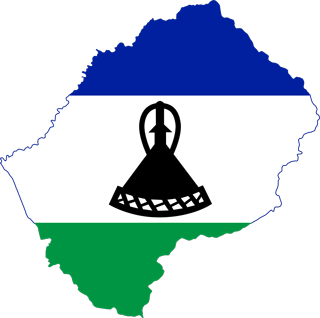 Fiancée or Spousal Visa from Lesotho to USA!

Immigrant Visas for Maseru are processed at the Consulate General in Johannesburg.

Petitioners residing full-time in Lesotho may pay the I-130 petition filing fee at the U.S. Embassy in Maseru. If the petition is ready to be processed, the Consular Officer will forward the petition to the USCIS office in Johannesburg.

US Embassy Info in Lesotho

Interview appointments for all immigrant visa applicants are scheduled at the Consular General in Johannesburg, South Africa. Click here.

First of all, we would love to thank Rapid Visa for helping us out in this journey of ours that started back in 2008. Yes that is right Maya and I met back in 2008 in the Kingdom of Bahrain. I was in the US Navy and she was working abroad during which we both met at church one Friday, by the way not that it matters but we are both LDS, or Mormons as they call us.

We became friends then one thing led to another and then we started to date and then we where dating for two years and we had to separate, Maya had to go back to the Philippines and I had to go back to the US. We still kept in touch and decided to continue a long distance relationship. We would have gotten married then but there was one thing holding us back. As members of the Church of Jesus Christ of Latter Day Saints, we practice what is called missionary work, in which man and woman serve as ministers and representatives of the church for the space of a years and a half to two years. And I still felt that I needed to undergo such service before I got married.

We both knew it was going to take a while before i was done with my military service and also my service as a missionary, but we decided to give it a try despite of the odds.

Long story short, I finished my military service and I also finished my time as a missionary for two years and she faithfully waited for me. It was not easy, we had our ups and way downs, especially during the time I was serving as a missionary, but we ended up together even after all of that.
About a year after I returned from my mission we started the Fiancé visa process. We decided to do it ourselves first.... Bad idea, the first time we tried, it got denied by dumb reasons. Discouraged, we did not know what to do.

Maya heard of Rapid Visa via her cousin, we where both skeptical at first because as everyone knows, one has to be careful not to give sensitive information online. But we where desperate so we went for it.

Before going to Rapid Visa for help, we talked to a lawyer who was charging $1,600 for the visa. Because of the insane price, we decided not to go with the lawyer. That's another reason why we were skeptical of Rapid Visa at first, because of the ridiculous low price.

After paying rapid visa, it only took a month for Maya's visa to get approved, and then 2 and a half months latter we got married and sealed for time and all eternity in the New York, New York Manhattan Temple.

We waited 7 years to get married, and it could have been longer if it was not because of Rapid Visa, they answered every question with patience and professionalism. Rapid Visa knows there stuff. Thank you Rapid Visa for all of your help.