Get your Ecuadorian fiancé or spouse to the USA. 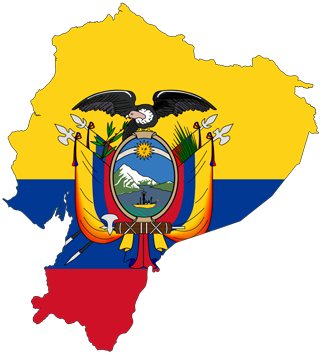 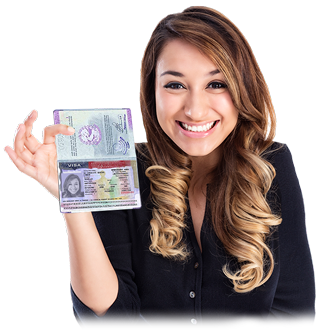 RapidVisa processes more family visas than any other company. Our system makes everything extremely pain-free and everything is done online. We offer support in Spanish as well. With over a 99% visa approval rate, we're your safest bet. Our prices are also the industry's lowest. Get started free today.

Information about getting married in Ecuador

From Guayaquil and other cities within the Province of Guayas: 232-3570

Where to pay the Embassy fee: https://ecuador.usvisa-info.com/ or You may pay the application fee at any Servipagos or Banco ProCredit branch. If you pay your application fee at Servipagos or Banco ProCredit, you must initiate the appointment scheduling processing online at https://ecuador.usvisa-info.com. Then you will print the deposit slip displayed on screen showing the amount to pay at Servipagos

Banco ProCredit. Take your deposit slip to any Servipagos or Banco ProCredit branch to complete the payment. After making payment you will go back to the appointment service website at https://ecuador.usvisa-info.com and proceed to schedule an appointment by providing the payment receipt number.

If you choose to schedule your appointment by phone through Call Center at 04-259-6800 from Ecuador or at 1-703-439-2331 from the United States, you may pay the application fee by using your credit card. Only Visa and MasterCard are accepted.

Embassy appointment scheduling method: They will be able to do so online 24/7 at https://usvisa-info.com/, or by contacting a call center.

Medical appointment scheduling method: By calling the assigned physicians listed on the website.

Special thanks from Graziela Navarrete Corpuz and I for all of Rapid Visas help you guys are awesome and change the lives of many people everyday we are so happy we decided to give Rapid Visa a try they made everything so easy for us prepared all documents answered many questions and was always very polite and helpful I would recommend Rapid Visa to anyone can't express enough our gratitude but THANK YOU AGAIN RAPID VISA! "

I first met my now wife, on an Asian dating site. We are both the same age and we just hit it off great! We both wanted to make sure what we wanted first since we were older (50 years old). There was no talk of marriage, we just enjoyed the talking itself. After we found out how much alike we were and we felt as though we have know each other forever, we both kind of had the same thing going through our heads “like“, what the heck are we doing just talking when we both know that we love each other. That’s when I did it, I asked her if she would marry me, and needless to say she said yes… Or I wouldn’t be here.

Even though the easiest way is the K-1, there is plenty of paper work and it can get pretty confusing. That is where www.RapidVisa.com come into play.

First I checked into what it would cost to have an Immigration Lawyer handle everything, paper work and all, I got prices from $5,000 to $7,500... Well that was out of the question for me, I don’t have that kind of money to throw away on a Lawyer. Before I seen RapidVisa’s add, I check out one other place on the Internet that did petitioning for the K-1, but they didn’t have the phone support as RapidVisa does, and there price was quite a bit more expensive… Then I seen RapidVisa. The first time I talked with Ben about how I can ask him questions when I have trouble, he said I can email him and he also has phone support until 8pm (central time) “then“. I’m not sure what his phone support time is now a days, I started my K-1 in 2009 or 2010.

I remember calling after 9pm once because I didn’t know what to put down for one of the questions, and Ben answered the phone… I was shocked! I thought I would just get the recording and leave a message. I called Ben so many times, sometimes 6 or 7 times in a day. I thought he was going to tell me that he’ll give me a refund and to go somewhere else and leave him alone!… BUT HE DIDN‘T, he still treated me like it was my first time calling him. That is when I knew I made the right choice.

Thank God for RapidVisa’s software that made doing this petition so much easier. I see they now have there own office right near the U.S. Embassy. They just keep improving more and more for the people who are petitioning for the K-1, that’s fantastic! I can tell you this… Even before all the new changes they have done now a days that have made it even better for petitioning, they were still great years ago when I did mine.

My wife and I have been married for two years now and we couldn’t be happier….

To the whole team at RapidVisa, my wife and I both thank you!

Jocelyn and I would like to thank Rapidvisa with all their help in the visa process. We had a few minor problems with paperwork and Irish with Rapidvisa helped us thru it. Thank you. she received her visa thru embassy in Hong Kong and will be in Michigan April 6th 2015. we would highly recommend Rapidvisa to anyone.