Get your Chadian fiancé or spouse to the USA. 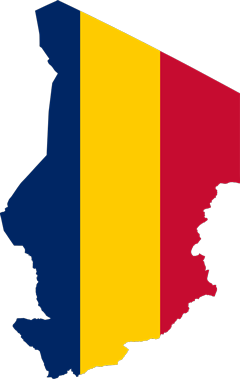 Fiancée or Spousal Visa from Chad to USA!

US Visa Info in Chad

(i) The government of Chad is an important and valuable counterterrorism partner of the United States, and the United States Government looks forward to expanding that cooperation, including in the areas of immigration and border management. Chad has shown a clear willingness to improve in these areas. Nonetheless, Chad does not adequately share public-safety and terrorism-related information and fails to satisfy at least one key risk criterion. Additionally, several terrorist groups are active within Chad or in the surrounding region, including elements of Boko Haram, ISIS-West Africa, and al-Qa’ida in the Islamic Maghreb. At this time, additional information sharing to identify those foreign nationals applying for visas or seeking entry into the United States who represent national security and public-safety threats is necessary given the significant terrorism-related risk from this country.

(ii) The entry into the United States of nationals of Chad, as immigrants, and as nonimmigrants on business (B-1), tourist (B-2), and business/tourist (B-1/B-2) visas, is hereby suspended.

Hello to the Rapid Visa Staff.

Well just wanted to update everyone , Maidhaz & Michael got Married on July 18th, 2012 In the lovely state Of Texas. There was a time I wondered if this day was going to happen. Why was that? Well here is our story, Maidhaz and I have been together for 5 years and we have a child named Danaya Mikhaela Wilson. We have been thinking just how do we get all these requirement completed and where will all the monetary cost come from? I talked to so many Agents and other people just how to get the Visa processed and every one said it takes time . (longtime & cost much) So with this I stopped and was thinking when would we ever be able to get together as a family in the United States.

Then one day as I was on the internet I saw the Rapid Visa advertisement GET YOUR VISA COST 299.... I said yeah right... the next day I sent Ben a note telling my situation (just to see what he would say right) well he hooked me and what a right decision it was, we began communicating and started working on the information needed. Man I was amazed at just how simple the forms and how they gathered all the information needed for each form. Then before you knew all was done an we filed on 12/16/2011 and got our approval on 04/16/2012.

Now hear this okay they arrived Dallas Airport on 07/02/2012 we were all excited that it was finally all done an we are together happily Married. Thanks to the Rapid VISA Family being understanding , kind, and willing to help in every step of the way , continue the great service and wonderful interest in helping other people. OH by the way Ben and his wife got started because they were in our situation once as well, they saw how difficult it was to get helpful information at a great price. This is why they have the desire to give you the best process of forms and correct direction for getting your family together.